A Decade of Seriously Secure Messaging

Exactly ten years ago today, on 12/12/2012, the first ever Threema version was published in Apple’s App Store. We celebrate the tenth anniversary of this historic moment with three birthday presents: a humorous short film recounting Threema’s origin story, a 50% discount on the app, and our extended protocol suite that future-proofs the system for the next decade and further solidifies Threema’s security with the new communication protocol “Ibex.”

On the time scale of the Internet, ten years is an eternity. During a period of this length, countless apps and services leave the scene just as quickly as they have entered it. The tenth anniversary is therefore not just a major milestone but also an indicator of sustainability.

Of course, Threema didn’t just stay the same over the past decade: it has evolved from a small start-up that was run from a kitchen table to an established company that offers a wide range of secure communication solutions, has attracted over eleven million users with its messaging app, and is trusted by renowned organizations and enterprises such as Daimler, TK Elevator, and the Swiss Army.

Evolution of the app icon over the years

Just as Threema has evolved, so has the surrounding technological framework. As a result, the functional demands placed on instant messengers have increased considerably over the last couple of years. To be future-proof and keep up with technological advancements, we have recently introduced our overhauled and extended protocol suite, which lays the groundwork for forthcoming features and includes “Ibex,” a new cryptographic communication protocol that further solidifies Threema’s time-tested security.

When the first Threema version was developed over a decade ago, it was done out of the urgent desire for secure chat communication. At that time, the first mobile messenger apps like WhatsApp were beginning to replace SMS as the standard of mobile communication. However, the available services had major shortcomings in terms of security. For example, it was possible to read transmitted messages in a public Wi-Fi network with minimal technical expertise. 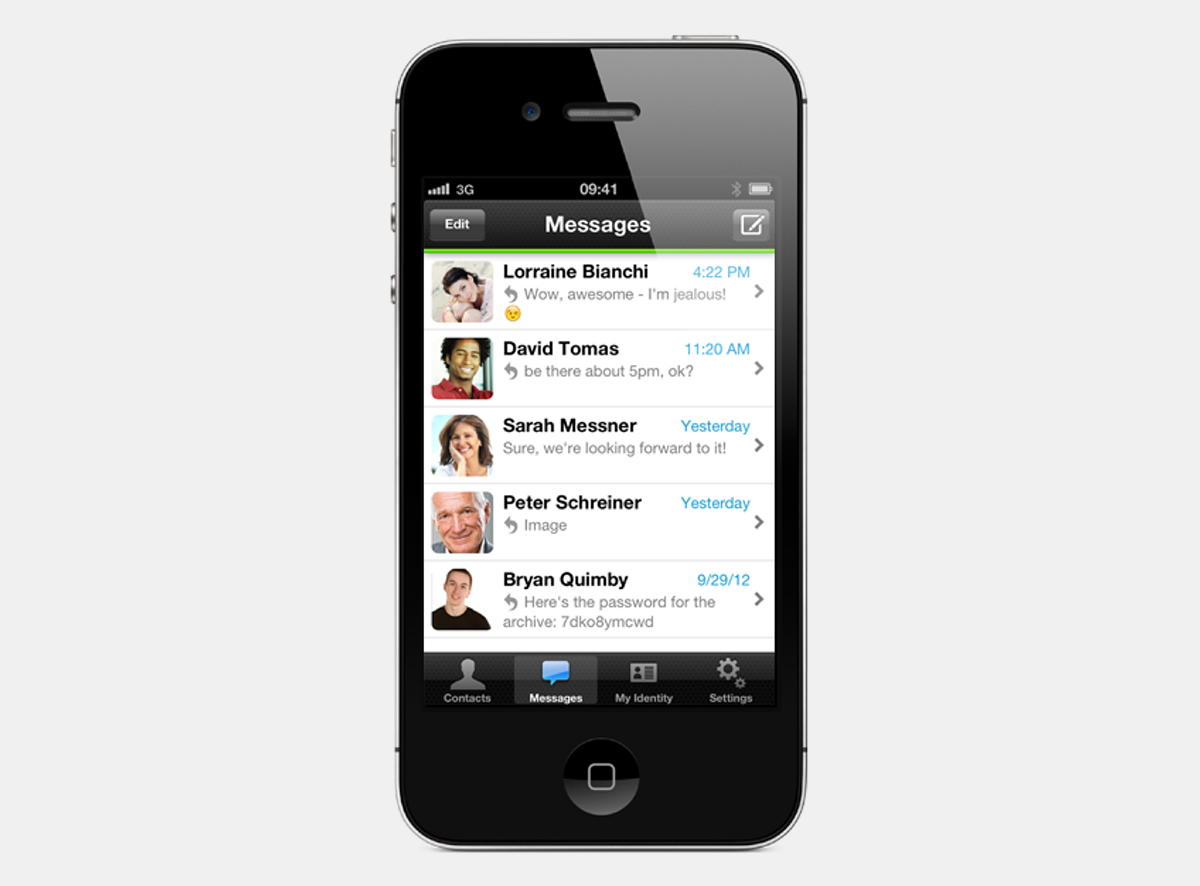 User interface of the first Threema app for iOS in 2012

As far as security is concerned, the situation has improved. For example, many messengers employ end-to-end encryption these days. However, the threat no longer only arises from malicious third parties but also directly from the chat services themselves. Since user data has become a significant commercial commodity and chat apps are so widely used, tech corporations are particularly keen on collecting user data by means of chat apps in order to merge it with data sets from other sources, thereby creating detailed user profiles, which are highly valuable when it comes to selling targeted ads.

That’s why Threema plays a more important role today than ever before. Ten years after its inception, it’s still the only instant messenger that’s based on a transparent and sustainable business model where users pay for the service. Because user data is as sought-after by tech corporations as it is worthy of protection for privacy reasons, strict data avoidance and the option for anonymous use have become more important than ever. For where there is no data in the first place, no data can ever be misused. And this credo, which has been Threema’s guiding principle since day one, will still hold true on the twentieth anniversary.

To celebrate the occasion, the Threema app is available at half price until December 16, 2022!