Threema selected by Google for best Android apps of 2015 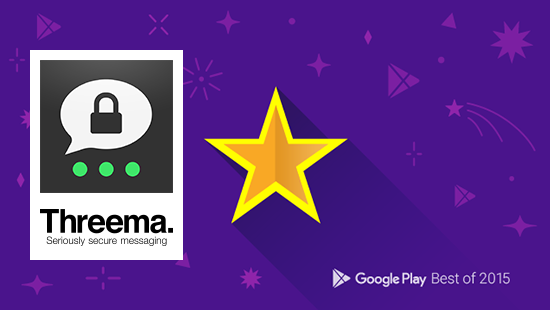 2015 was an exciting year for Threema and made us the most successful privacy-protecting instant messenger in the world.

Threema for Android has improved both visually and feature-wise this year. Threema was one of the first important apps to feature a Material Design UI, and we supported Android Wear and Android Auto from early on. Google Play now rewards our efforts by placing Threema on its prestigious roster of best Android apps of 2015.

We’re very proud of what we have achieved, and we have big plans for next year.