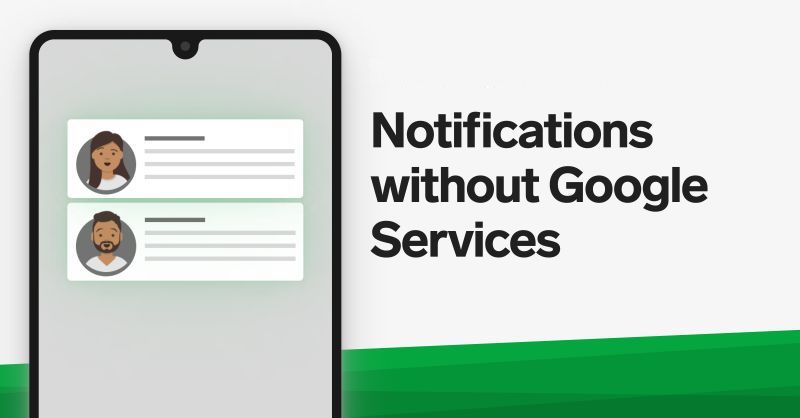 Threema Push is the new answer to the old question of how to use Threema for Android without Google’s proprietary push service. Even though the vast majority of users might not be too concerned with this question, Threema Push is a major breakthrough for users of de-googled Android variants such as /e/OS, and it allows anyone to steer clear of Google’s push service while maintaining Threema’s full functionality and usability.

By default, Google’s pre-installed (and privileged) push service is used to notify Threema for Android about incoming messages while the app is in the background. Although the notification payload is empty and no contact or message details are transferred over this channel, the so-called “push token” (a unique identifier that points to the destination app on the appropriate device) could hypothetically be used to establish a link between a given Threema user and their Google account. Therefore, it has always been possible to resort to Threema’s Polling feature instead of using Google’s push service.

With Polling enabled, Threema for Android would periodically connect to the Threema server while the app was in the background. This way, users could still receive new messages without having to open Threema. Most of the time, however, the messages would arrive with several minutes of delay, and answering calls was basically not possible unless the app was in the foreground.

Thanks to Threema Push, these inconveniences are now a thing of the past. With Threema Push, which replaces Polling, a connection to the Threema server remains open in the background, allowing new messages to arrive instantly on the phone and enabling users to answer calls no matter whether the app is open or closed. In short, privacy-conscious users no longer have to skip the “instant” part in “instant messaging.”

Find out how to activate Threema Push and learn what to consider when using it in the FAQs. More information about Threema 4.7 for Android can be found in the changelog.