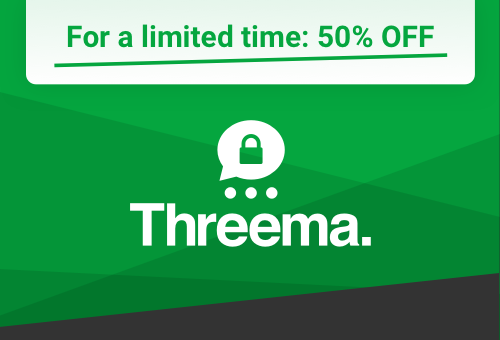 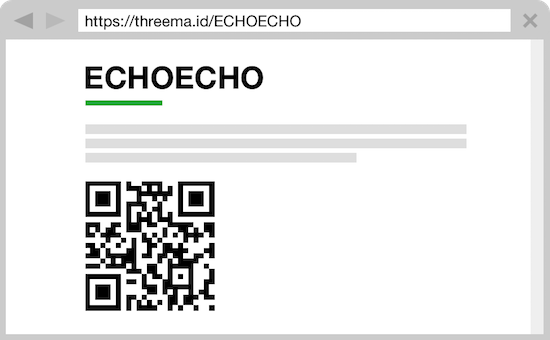 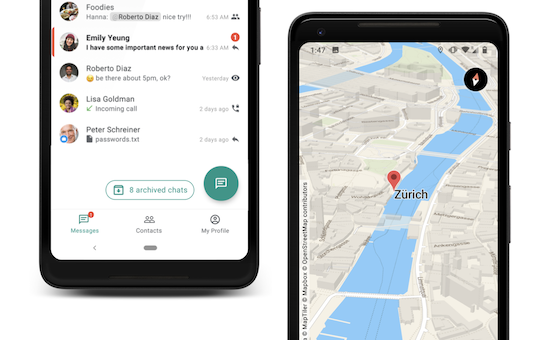 Threema is known for rock-solid security and unparalleled privacy protection. The algorithms and protocols used in Threema’s cryptography are well documented, and the encryption’s proper implementation can be verified at any time. On top of that, renowned experts periodically conduct independent audits to confirm Threema’s security.

Headed by Prof. Sebastian Schinzel, the Lab for IT Security of Münster’s University of Applied Sciences has thoroughly audited Threema’s code during the past months. With considerable effort and all the required technical expertise, the Android and the iOS app as well as Threema Safe were examined in great detail for possible security flaws. However, no critical vulnerabilities were found, and the researches gave Threema top grades:

The audit report is publicly available in its entirety. The few minor issues that were put forward have been addressed immediately and are already fixed in the current app versions. Get an idea of the test procedure Threema has undergone:

Conventional chat services identify their users by means of the users’ phone numbers. Since a phone number points to the identity of its owner, it’s not possible to use such services anonymously. But how is that a drawback? Why should you care about anonymity if you only communicate with friends you know personally?

In order to address these questions, it’s necessary distinguish two kinds of anonymity:

Threema accommodates both types of anonymity:

Horizontal anonymity enables you to communicate with like-minded people in group chats without having to expose your identity in the process. Due to the rise of censorship in social media, this use case is becoming increasingly popular. Another typical scenario is the use of Threema as a whistleblowing channel, and there are even churches that use Threema as a “digital confessional”.

While anonymity in regard to the chat partner may not be of equal importance to all Threema users, vertical anonymity is relevant to all users in the sense that each of them chooses whether to use this privacy feature or not.

By disclosing your identity to every Internet service you use, a comprehensive record of your online activities can be compiled by combining the user data from the different sources. If, however, you remain anonymous to a service, you can be absolutely sure that the respective data will not be merged with your user data from other sources and therefore can’t be misused for advertising or other purposes.

If you decide to link your Threema ID to your phone number or email address (in order for your contacts to easily retrieve your ID), this data is safely stored on the Threema server in encrypted form. However, if you don’t disclose any personally identifiable information in the first place, your anonymity is guaranteed, and your privacy is protected in the best possible way. Because as long as someone’s identity is unknown, their privacy can’t be violated; that’s why anonymity is the ultimate privacy protection. In short, anonymity is to privacy what end-to-end encryption is to security.

Privacy protection is important. As a Threema user, you know that. But not all Internet users are aware of this and voluntarily hand over their data to the companies behind free messengers.

The new Threema video shows that it’s not worth saving on chatting and paying with private data. Protect your own as well as your friends’ private lives with Threema.

These days, any popular instant messenger encrypts the transmitted messages; therefore, it doesn’t matter which service you use. Right? Not quite. For one thing, there are major differences regarding type and scope of the encryption, for another thing, as important as encryption is, it is only one aspect of comprehensive security.

The term “secure instant messenger” is typically used to refer to chat services that end-to-end encrypt the transmitted messages. This is to say that only the intended recipient can decrypt and read the messages but not the service provider or any third party that might intercept the messages in transit. Not all popular chat services use this form of encryption. Even some of the services that are generally considered secure don’t use it by default or not across the board.

A secure instant messenger should not just end-to-end encrypt selected single chats; it should use a well-established method to end-to-end encrypt any kind of communication, including voice calls, media files, group chats, and status messages.

The way metadata is handled is just as important for comprehensive security as message encryption. “Metadata” is any information relating to the communication except the message content itself, e.g., identity of sender and recipient, their IP addresses, time, place, and frequency of communication, contact lists, group memberships, profiles, etc. This data allows to draw insightful conclusions about the users, which is why certain companies systematically collect it and combine it with data from other sources. With the phone number as common denominator, it’s particularly easy to map user data across different sources.

A secure instant messenger should only generate data that’s absolutely necessary for message exchange. Because where there is no data, no data can be misused.

In contrast to chat services that have introduced end-to-end encryption after the fact (and collect user data to this day), Threema was built from the ground up with security and metadata restraint in mind. For example, Threema can be used without disclosing any personal information because instead of a phone number (as with traditional messaging apps), an anonymous ID serves as unique identifier.

Besides encryption of messages and handling of metadata, the security of a chat service depends on several other factors. The independent website Secure Messaging Apps Comparison offers a detailed comparison of popular instant messengers based on a variety of such factors. Threema scores particularly well: It’s the service that ticks the most “nothing of concern” boxes.